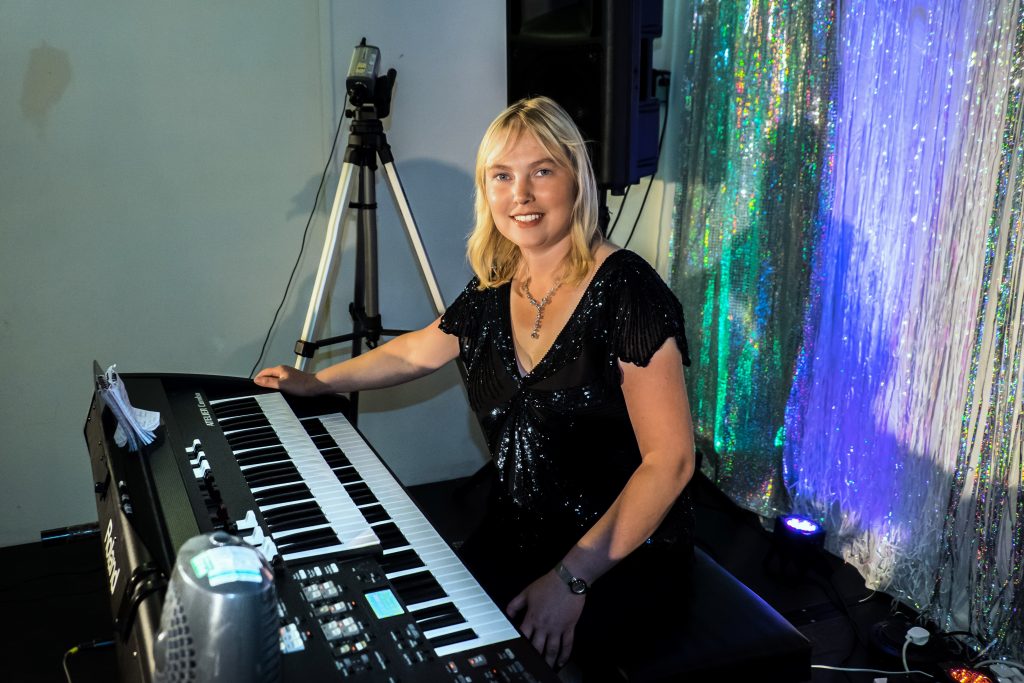 It was a warm summer evening with a good number of attendees in the audience for our evening concert performed by Elizabeth Harrrison. She began by introducing herself as a farmer, a driver of big machines and goods vehicles. Elizabeth’s boyfriend, also a farmer but their two farms were she said, 26 miles apart. Elizabeth made an appeal to the audience, she was a collector of tractors, at one time she had 13 but presently only 8, she did however want to find a Massey Ferguson 35, 3 cylinder tractor, and appealed to anyone in the audience who may have one for sale. There was much amusement but no offers. Elizabeth hadn’t had much luck with a shopping trip either, out for vacuum cleaner bags she returned home with a dog instead. The dog, a black and white border collie needed a new home, its owners were emigrating.

So the music started for an audience already amused. Unusually for an artiste, she performed facing us; throughout the evening she punctuated her performance with facial expressions that were themselves quite entertaining.  Elizabeth is an accomplished entertainer with a performance repertoire that included something for everyone. Amongst the music she played were;  themes from west end shows, strangers in the night, Choo Choo Samba, Too Beautiful To Last, A 1960s Selection including Three Steps To Heaven, I Only Want To Be With You, Will You Still Love Me Tomorrow, Its A Heartache, Georgie Girl. Marches- Out Of The Blue, Dancing Dustman. Viennese Waltz Selection including Over The Waves, Ciribiribin, Chrysanthemum Waltz, Nights of Gladness. Classical – Prelude In Classic Style, and House of dreams.  We were also led in a sing song that featured well known cockney and wartime favourites, My old mans a dustman, Ain’t she sweet, Run rabbit run, when your smiling and Bring me sunshine. 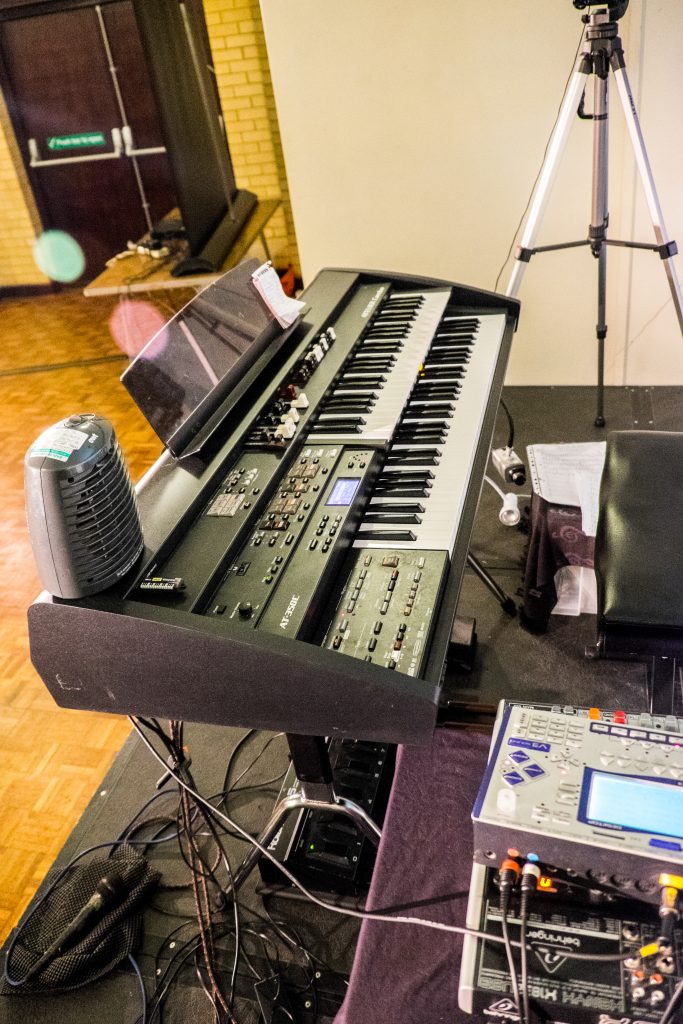 Elizabeth’s instrument was a Roland ATELIER Combo AT-350C with Pedal board and a “Tower Organ in a box” module. 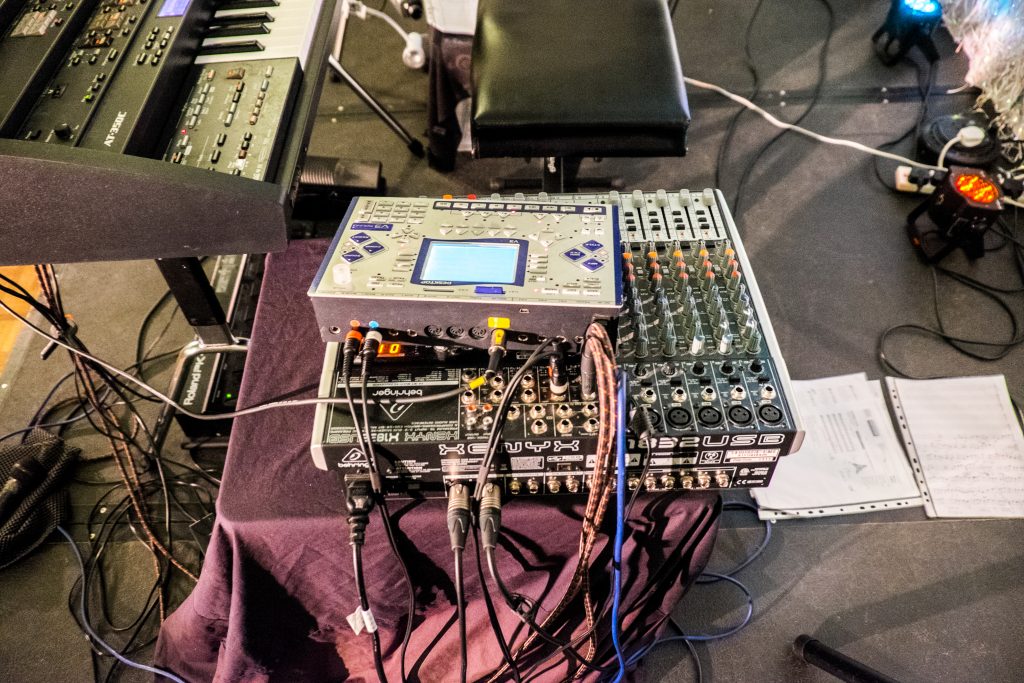