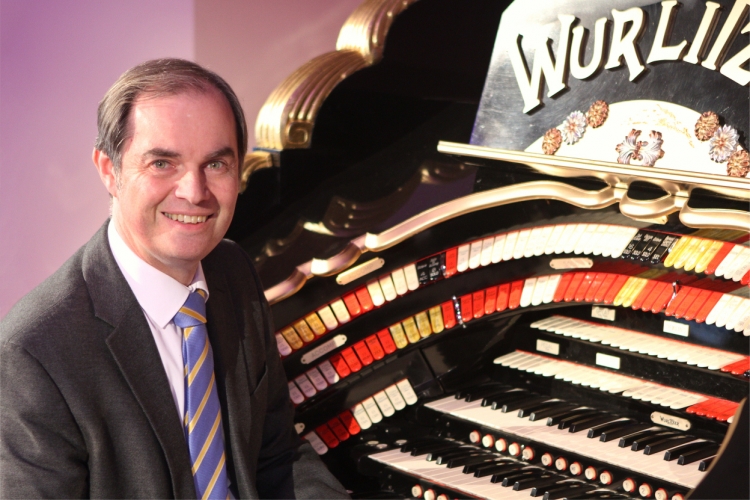 Well we wont be Michaels largest audience, it seems he has played to potentially 5 Million listeners on the BBC Radio 2’s ‘Steve Wright in the Afternoon’, he’s a regular on the organist entertains and has played in the presence of British royalty. As a youngster Michael won the ATOS UK Young Theatre Organist of the Year Competition in 1980. His career then developed and he has travelled a great deal  in Germany, Holland, Switzerland, Ireland, Dubai and Australia. Michael has an extensive repertoire in many styles, his concert programmes are packed with popular music in all styles, orchestral, big band, shows, theatre organ, classical, rock and roll and much more. He is a show producer, having staged  touring shows, summer seasons and pantos throughout the UK.  Michael has worked along names such as Supersonic Syd Little, Crackerjack and Good Morning Sunday’s Don Maclean, stars of the Black and White Minstrel Show, piano entertainer Bobby Crush, master magician Paul Daniels, Jimmy Cricket and Eurovision Song Contest winner, Dana. He spent three years as electronic organ tutor for Sussex University.  Presently he is a private tutor and is the principal tutor at the Rye Wurlitzer Academy.