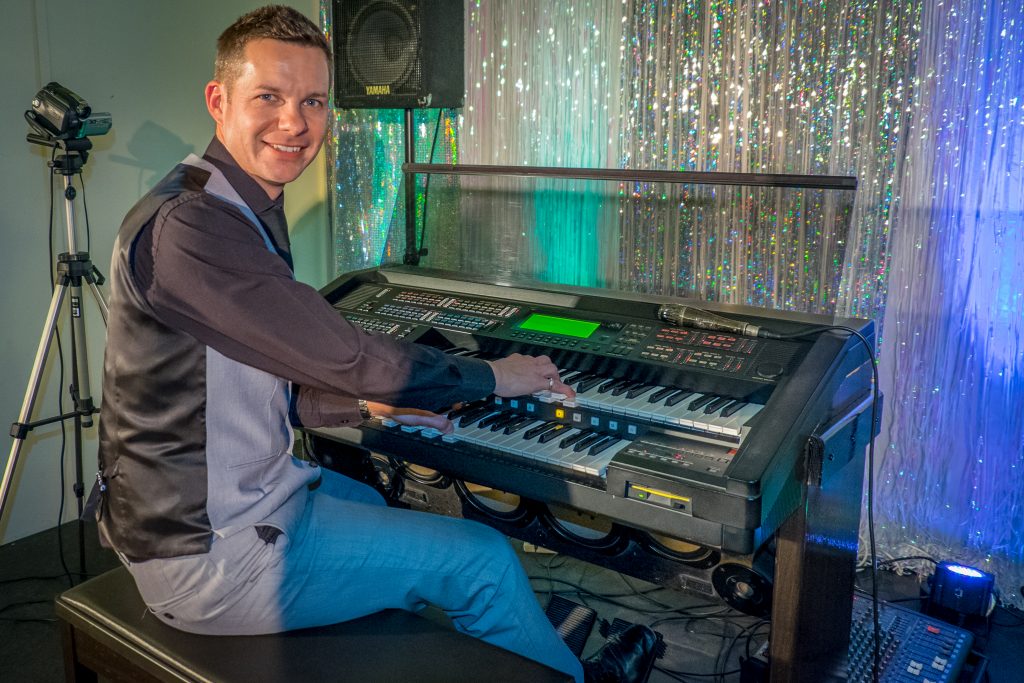 The first hint of spring, the clocks had gone forward; we welcomed British Summer Time and Ryan Edwards who had travelled to us from Chester. Those of us who arrived a little early did so whilst there was still some daylight in the sky. Ryan began his performance with a spirited rendition of the Light Cavalry Overture by Franz Von Suppe,  followed by, ‘I wanna be like you’ from the jungle book. During the evening between pieces he explained why he had chosen each item of music and there would be a little story often with humour. Amongst the varied program were; Bring him home, Morning in Cornwall, music from Cats, ‘Goodbye to love’ by the Carpenters, which included of course its faithfully rendered famous guitar solo. There were two pieces from Mike Oldfield’s Tubular Bells, one of which was ‘Portsmouth’. Other varied genres featured a performance of Michel Flatley’s ‘Gypsy’ and another ‘River Dance’ favourite, ‘Lord of the dance’. ‘Nice work if you can get it’, ‘Cocamba’. A piece with fast and complicated looking footwork and Elgar’s ninth Enigma Variation, ‘Nimrod’.

All too soon we reached the encore which of course was called for after an accomplished evening’s entertainment, ‘Nessun Dorma’ brought the performance to a close. There had been many other and varied items in Ryan’s program the detail of which I have missed but his music spanned some classical and the last 60 years (by my reckoning) and had the audience swaying, singing, and toe tapping throughout.

The instrument played by Ryan was a Yamaha Electone EL-900. During the evening he explained that a near catastrophe occurred in the last few days whilst transporting it. The keyboard fell off its trolley and broke its right side panel. Fortunately a family member repaired it in time for the BOKC performance. 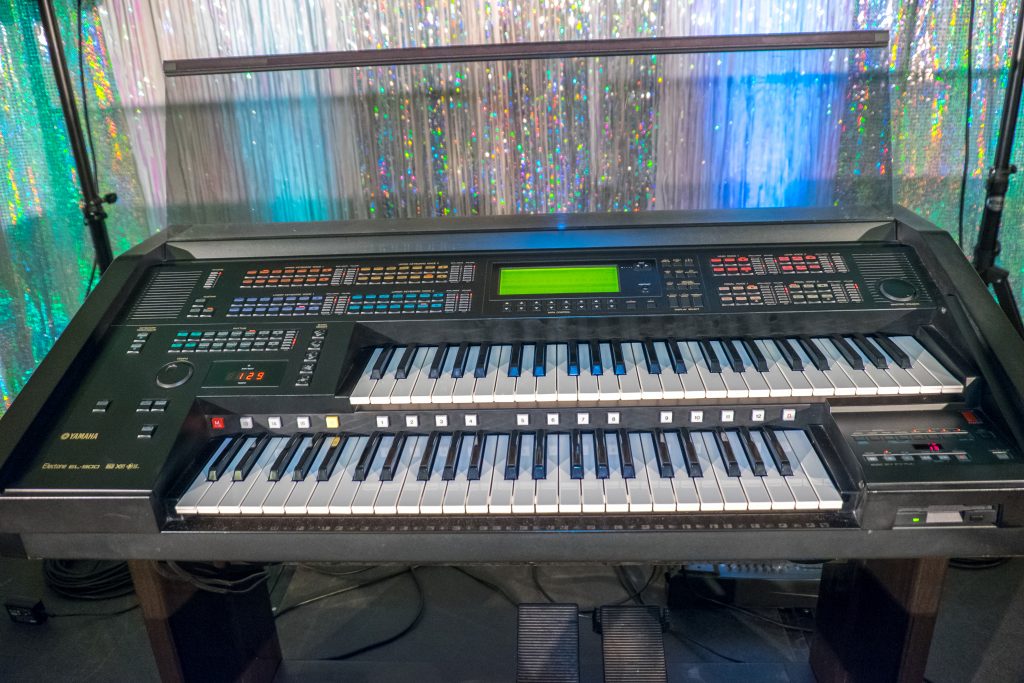 Concert organist, Ryan Edwards, was born in Derbyshire on February 4th, 1978. Having developed a passion for organs at an early age, through the influence of his grandfather, an amateur organist, Ryan embarked on his first electronic organ lessons at the tender age of eight on an old Gulbranson organ.