Mark’s playing of the Electronic organ began at age seven. He joined the Technics Academy at nine; He worked his way through his grades whilst along the way entering local competitions and reached the area finals in 1999.  Mark was a pupil of Chiho Sunamato at the Yamaha School of Music; and was performing in concerts by the age of fifteen. Mark then travelled the UK and abroad playing the Yamaha EL90 for organ societies, festivals and private functions. In 2002 Mark won the ‘Young Theatre Organist of the Year’ competition and has subsequently performed on many of the UK’s most prodigious theatre organs. Mark also plays in a 60s and 70s band, ‘Wallstreet’, on keyboards and providing backing vocals, he is also the musical director or rehearsal pianist for many North East musical theatre societies. Mark’s other works include that of, vocal coach, accompanist or Music Director for many North East stage schools, and musical theatre colleges in both Blackpool and Leeds. Mark plays ‘cocktail piano’ at hotels and restaurants across the North East, also for weddings throughout the year. He plays with ‘The Fab Dakers Boys’ jazz band at Newcastle United’s football ground, ‘St. James’ Park’, and features in the ‘The Ratpack Vegas Spectacular’ band, for shows at theatres around the country.

David won holiday camp talent competition at the age of ten, this was his catalyst for becoming a professional organist. He initially explored performing in local charity concerts, he soon found that he was in great demand. Family holidays taken at various organ festivals encouraged him and he won a teenage talent competition at the National Home Organ Festival at Hemsby in 1983. He was soon playing junior spots at major
organ festivals both in this country and abroad. Aged fourteen he filled semi-professional engagements at clubs in and around the Midlands. Leaving school in the summer of 1986 he realised his ambition and became a full-time professional organist. David has considerable experience, playing for dancing and backing cabaret in the clubs, has been musical director for several variety and dance shows. He has made concert appearances at organ societies and festivals all over the country. Much of David’s work is playing for strict tempo dancing where his reputation and popularity has taken him to venues throughout the UK. playing Ballroom, Latin American, Modern Sequence or Traditional Old Time. He currently plays Technics GA3, modified to make it portable, plus a Yamaha PSR8000, for both concert and dance work, To make life easier for his ‘crew’ he purchased the Orla GT8000 Compact portable and uses this mainly in  upstairs venues. David also runs a small organ and keyboard teaching studio. 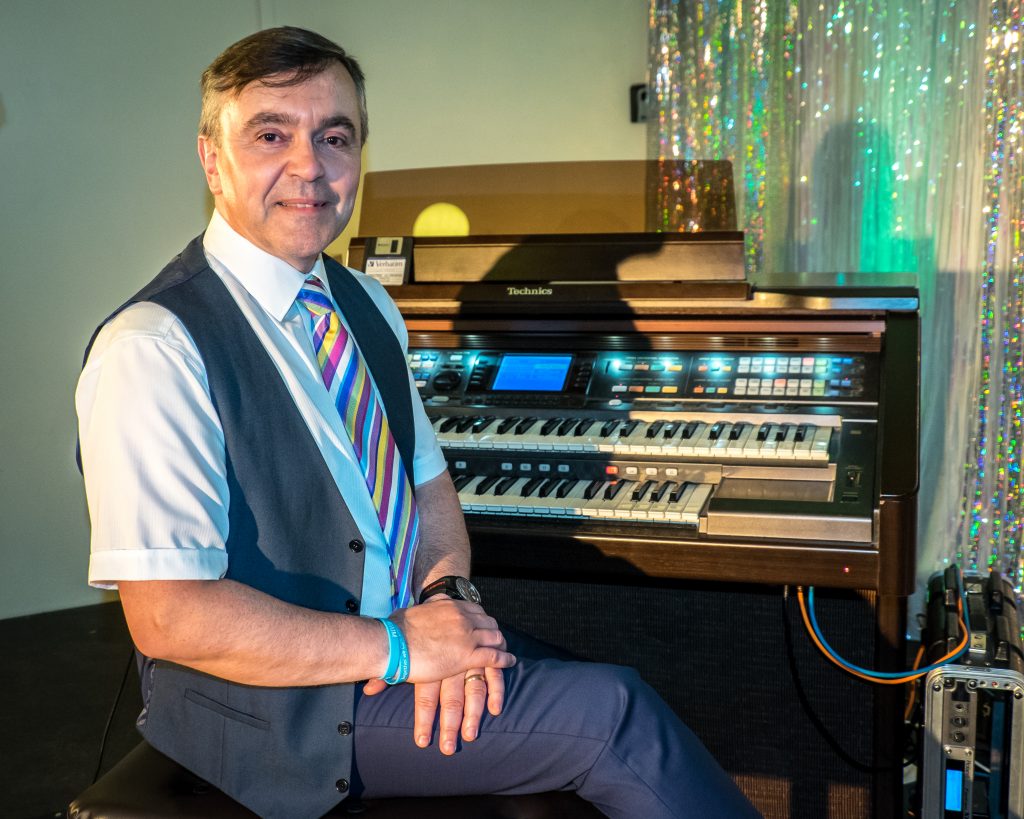 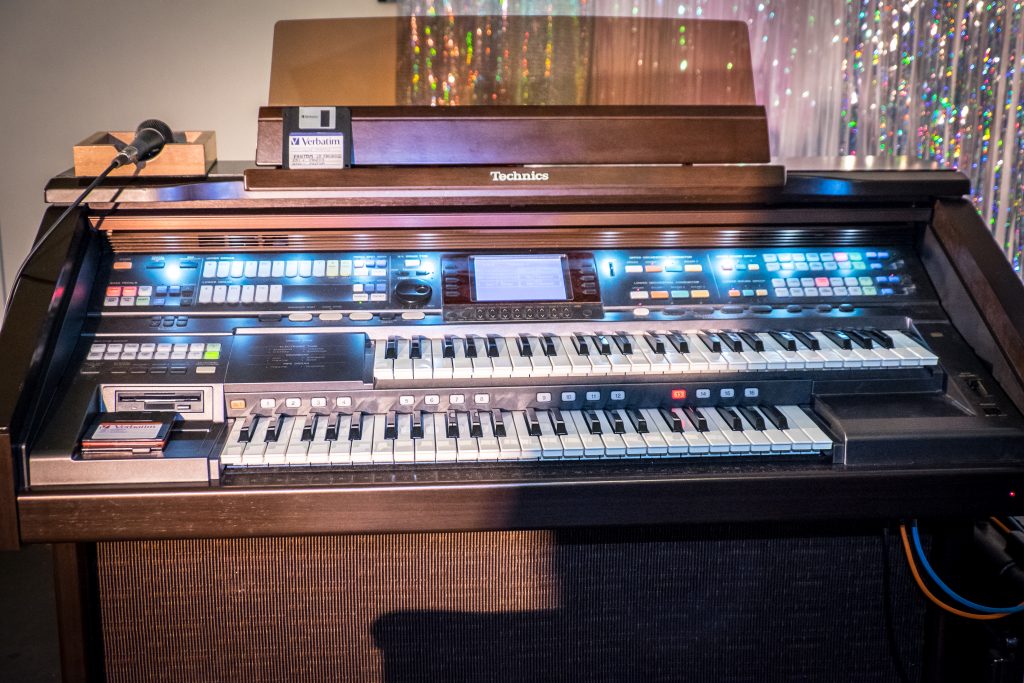