It was a cold November night perhaps that had an effect on the instrument Michael had with him to play? The adage, ‘Putting all your eggs in one basket’ never seemed more relevant. Perhaps we forget that’s what our artistes do when they sit in front of us with their ‘one’ instrument on which to entertain us for the evening. When things go wrong with the keyboard what do you do in front of that audience who expect to be entertained, but you as the performer are sat at the keyboard of a broken instrument? It was particularly the instruments foot pedals, these latched to the last note played and held the note. For Michael it must have been disastrous for his confidence and ability to entertain, it wasn’t really until the second half of the evening when Michael began to overcome problems with the instrument and his performance recovered.

A flavour of the pieces played included; Anything goes, Sleepy Shores, Liberty Bell, Puppet on a string, The Sound of Music, Buddy Holly pieces, Arrivederci Roma, A Gershwin selection, Tiger Rag, Maple leaf Rag, On the sunny side of the street, She wears red feathers, a TV medley including Cross Roads and Z Cars, and toward the evenings conclusion, MacArthur park. 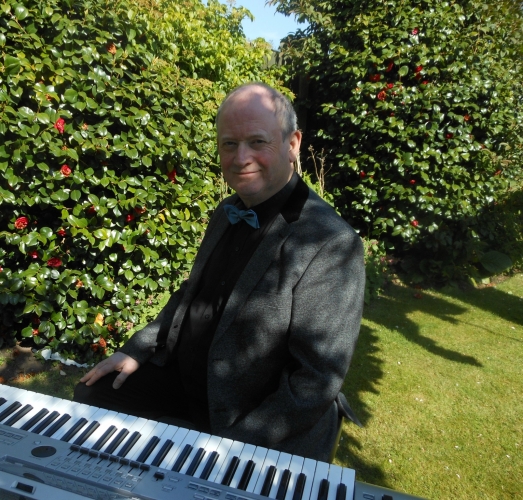 Family commitments have taken Michael away from performing until recently but we will be pleased to welcome him this Nov 27th 2017.

He latterly has played for St Helens, Southport, in Lincoln and for Bolton In Tune on August 15th 2017.

His internet radio performances include, Organ 1st Radio in January, February, May and June this year.

The programme is a monthly internet programme presented by Alan Ashton. www.organradio.com