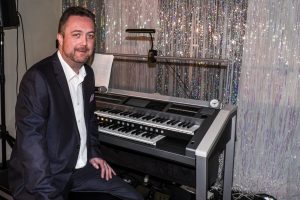 27th February 2017, Another cold evening for a concert but we were treated to a comprehensive evening of great musical variety at the hands of John Cooper, hands which he was rubbing together to warm his fingers, two of the heaters in the hall were out of order. At least by the forthcoming March concert we should be moving into spring and perhaps warmer weather? John punctuated his music with a good sense of humour between pieces. As he started to play he slipped off his shoes to operate the pedals in his socks. He didn’t want to scratch the pedals… Whilst playing, John’s father maintained a projected video relevant to the music as an inset on the screened images of keyboard and pedals.

The evening opened with music in the stile of James last, the Elizabethan serenade, we heard music from Les Misérables, a variety from Disney, Hans Zimmer’s pirates of the Caribbean. Further pieces included, The Rose, Hero, Unforgettable, Bring him home, Conquest of Paradise, Palladio, and a very soulful rendition of ‘Morning in Cornwall’. Eventually the concert reached the end of the evening and John returned to play ‘Time to say goodbye’ as his encore.

The instrument John brought with him was a Yamaha Stagea ELS-02C. Apparently these are very rare in the UK perhaps only two models including John’s. It seems one can be purchased here for £25,000 or as John did, journey to Japan and bring your own back for about £6,000 or was it £8000? Well out of interest I checked and today you can buy one direct in Japan for 1,036,800 Japanese Yen or in good old GBP £7,862.96p 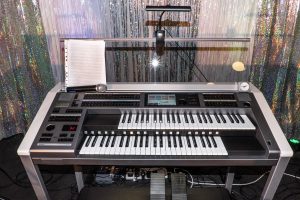 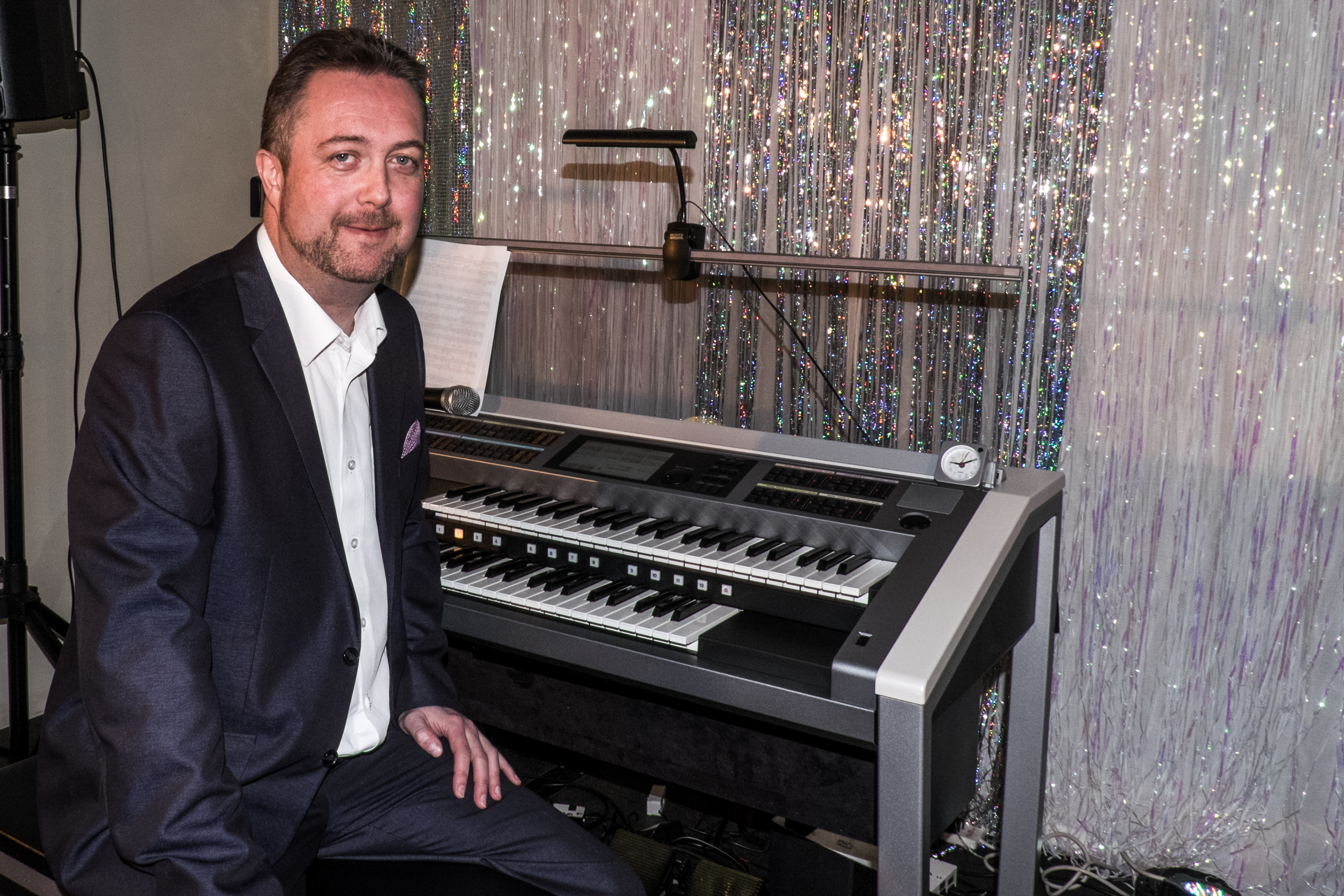 John showed interest in music at the age of 11 when his dad and sister attended music lessons, playing the electronic organ. It wasn’t long before they realised that John had an ear for music. He would often come home after their lesson and play the tune that they were learning before them, without the aid of music.