Mathew’s concert immediately followed our 2019 AGM and that alone was probably enough to subdue us all. The second half of the evening with Mathew on the stage with his Weiltmeister in hand brought the evening to life. His piano accordion (Weiltmeister) playing added to his already established high level of performance on his Roland 350C Dual Keyboard (and pedals plus separate Yamaha P-105). Mathew also gave us a moving sung rendition of “Bring Him home” accompanied by his Ipad!!

Mathew is not a stranger to us and his name is synonymous with that of an accomplished entertainer, in that he did not disappoint.

Amongst Mathew’s music we heard:- Make ‘em’ laugh, in love for the first time, Perfect – Ed Sheeran,  A medley to the world of dance and Bigband, A feline collection, (as Mathew called) including the aristocats, A well sung by Mathew, rendition of; ‘Bring him home’. A selection of Viennese music, blue bell polka (On the Weiltmeister), Samba de Orfeu from Black Orpheus, Grieg – Norwegian Dance no. 2. March militaire, All of me – John Legend, A country and Weston medley, Rhinestone Cowboy, Ring of fire.

Called for an encore Mathew Played the Radetzky March – an all time favourite at the proms! 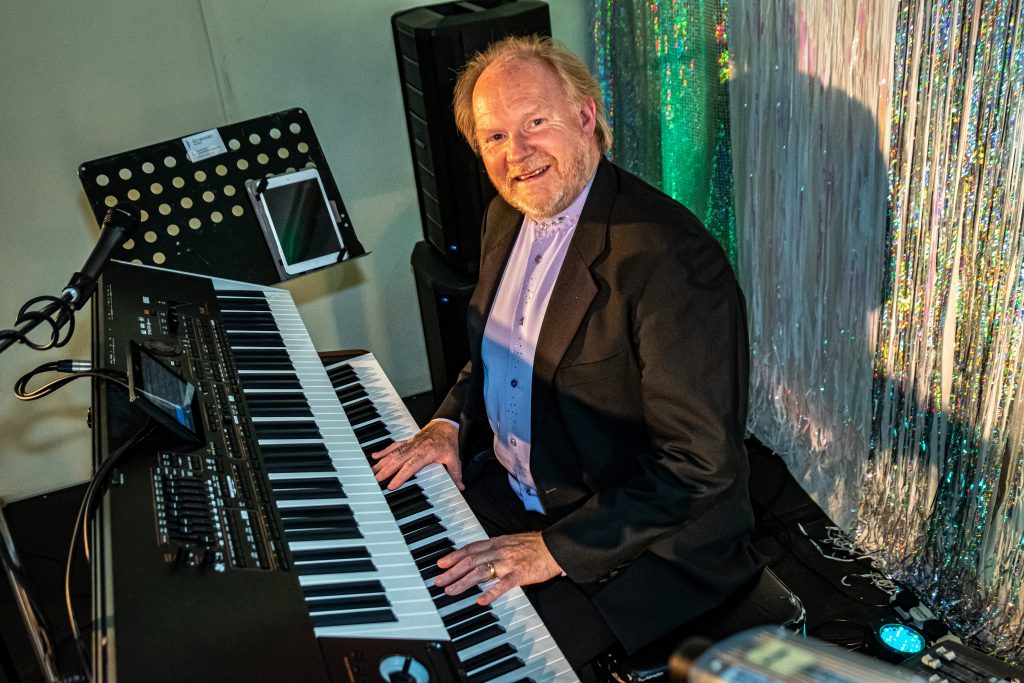 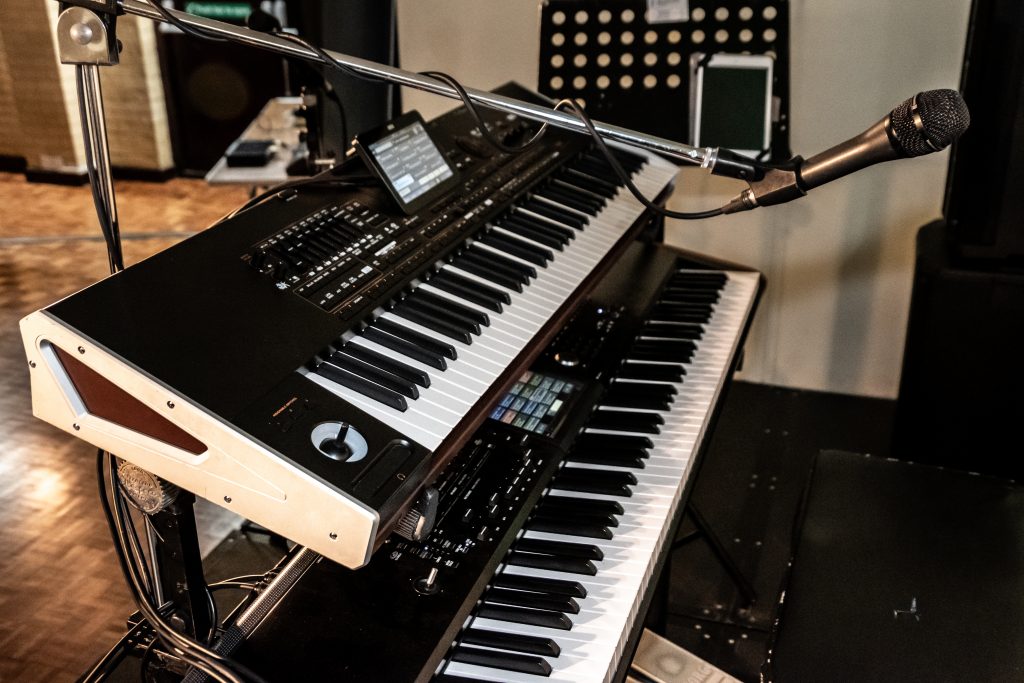 Paul Carman – A concert performance that didn’t disappoint.  At the start of the evening, as visitors came through the door, conversations were about how entertaining a recent Paul Carman concert had been. It was soon apparent the performance would be well attended.

Paul proved to be most entertaining. We expect our attending artists to be accomplished musicians, and they are, but Paul also brought with him a great sense of humour worthy of any stand-up comedian. When he wasn’t playing his music or making us laugh he was singing to us. Most should agree Paul gave us good entertainment to remember.

Proving that a modern keyboard can successfully replace a two manual organ.

Ian House is a popular musician. His performances have taken him across Europe. Within in a comparatively short time he has built a reputation for creativity and technical knowhow. Ian works closely with the Yamaha Corporation Japan and Yamaha Music Europe.

Ian was born and raised in Bristol, a member  of a very musical family and tradition. Ian’s encouragement in music began age seven. His original study choice was keyboard and he later developed this onto the organ. Ian worked through his grades ultimately achieving a Diploma from the London College of Music and Media.

At 13 Ian was introduced to the theatre organ during a visit to the Thursford collection in Norfolk. This fostered an interest in studying the instrument further, consequentially he went on to win the Young Theatre Organist of the Year competition in 2003. Ian now works as both a consultant and a National Piano and Keyboard specialist for Yamaha Music Europe and Yamaha Corporation Japan