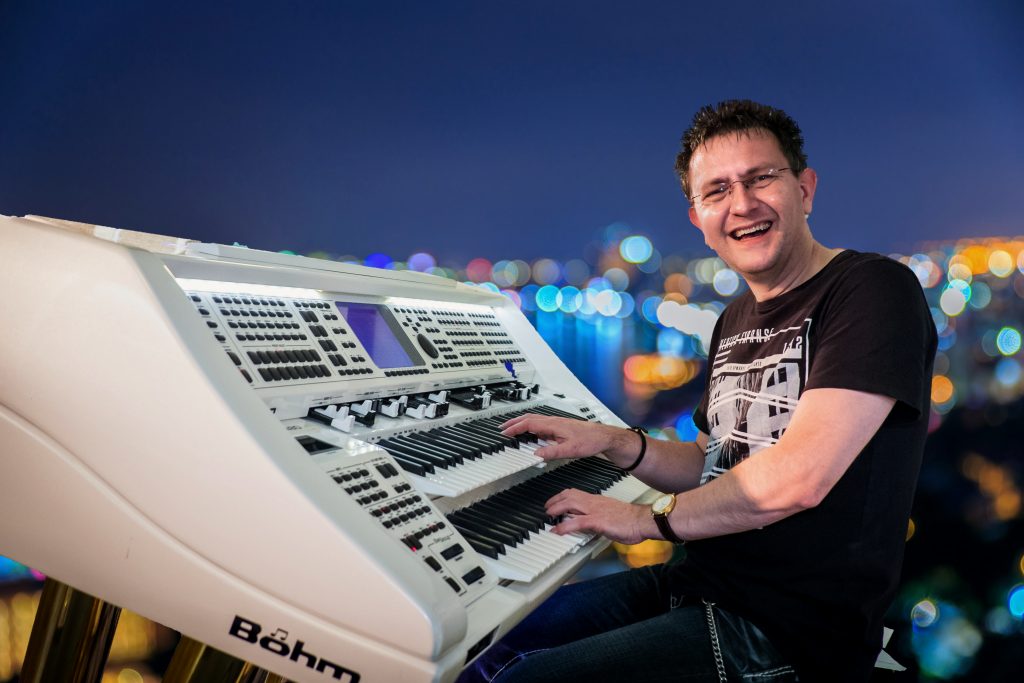 Dirk, as he suggested we call him, arrived… He had just made the journey from Holland  to perform for us. His character like the instrument he brought with him was much larger than life. We had an evening of great entertainment with a wacky sense of humour made all the more amusing because of the constant distorted translation from Dutch to English.

Dirk brought the audience into his performance and encouraged participation. We were rocking in our seats and some even found themselves jumping out of them at times or waving arms in the air to make the letters YMCA. The music we heard was a very accomplished performance and with the requested encore ran slightly overtime. Many rose to their feet at the end of the performance.

Amongst the music we listened to were;  Beautiful noise, Lugarno (A piece composed by Dirk whilst in Switzerland) Bizet Carmen, Standing by, Valerie, Spirit of Norway,  Willie Nelsons, “On the road again”. A medley from Grease, A rock and roll selection, because we believe, A Latin American selection, the Snow Waltz, Tequila sunrise, that will be the day, YMCA, Tulips from Amsterdam. Bless Em All, Unforgettable, and A medley from Les Miserables.

The encore was itself a medley of many other pieces.

Dirk’s instrument was a Bohm Sinfonia 480