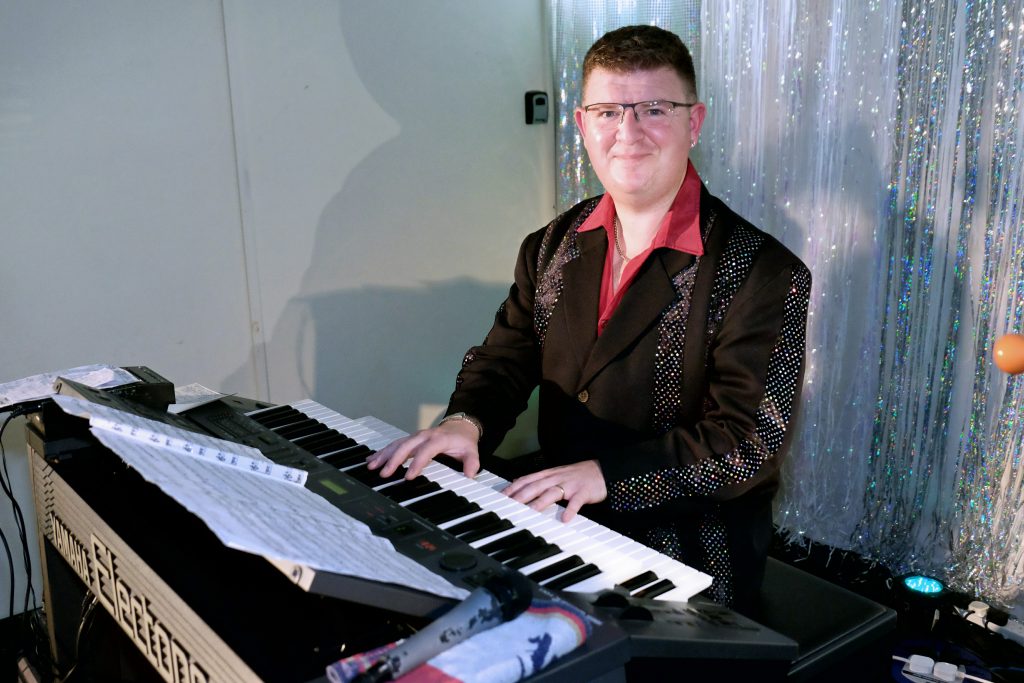 Maybe Tony’s reputation preceded him; it must have been a good one? His concert brought a welcome 20 extra guests along too. Tony produced an evening of entertaining music and perpetual humour. His audience found themselves frequently participating, at times clapping along with the music, swaying in their seats and singing too.

Tony played his trusted 32 year old Yamaha HX1 organ, one of 8 he owns, though he tried his hardest to sell it to us, along with his CDs and his wife’s cakes.

As usual Tony told us exactly how long the next piece would take. We had 8 minutes (with the option of a shorter medley if we didn’t like it) of the HX voices turned off and all the sounds coming from an attached midi “Theatre Organ in a Box”. Tony hinted that he might pack up touring in 2020, but would carry on doing the Organ Holiday Breaks with Andrew Nix. After a sign along medley for his “last” piece, he ended on an encore medley of patriotic British songs.

At the end of the evening the performance had drawn quite a few to their feet to applaud.