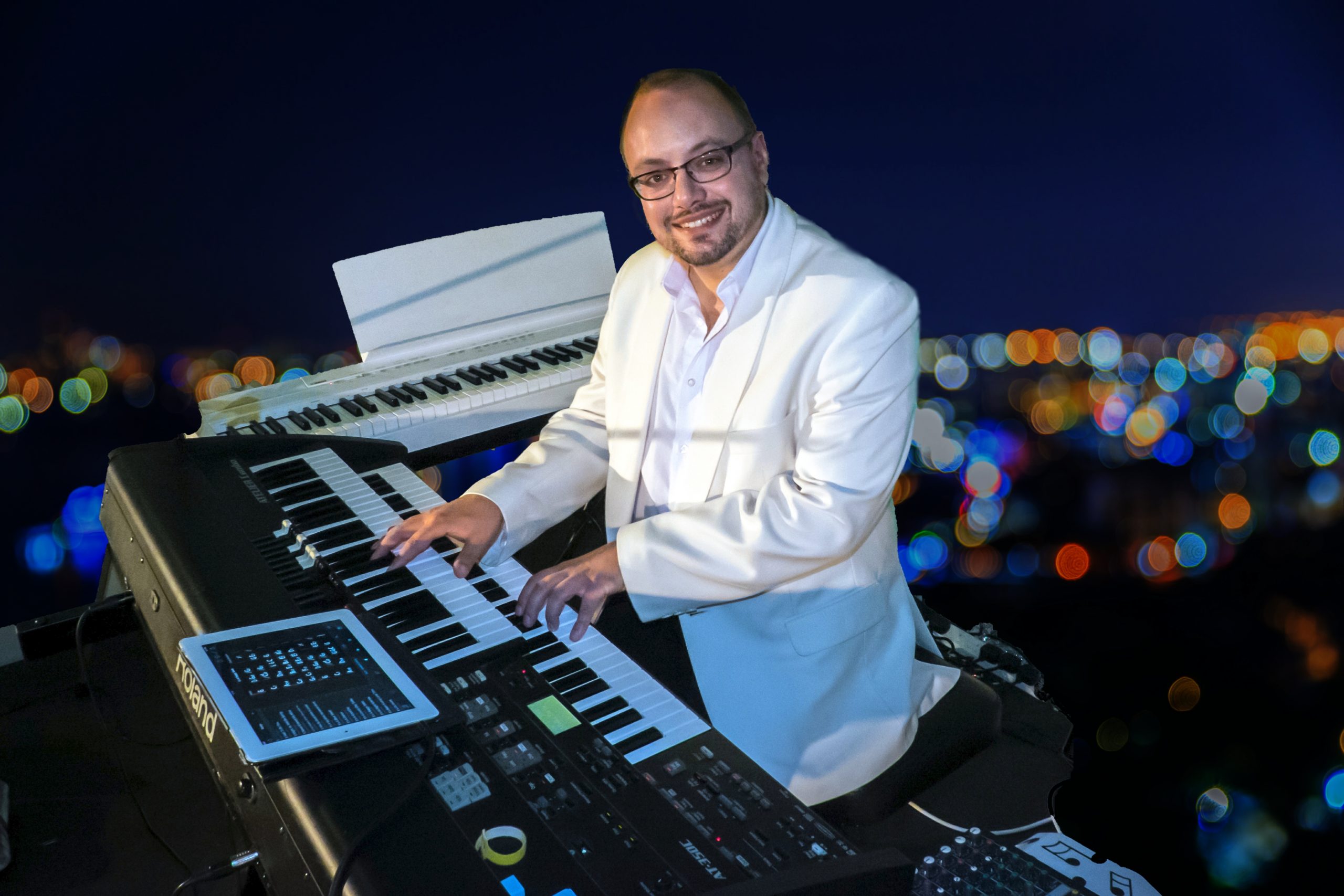 Matthew Bason’s performance career commenced in 1994; he worked at a variety of venues as both a pianist and organist. His initial solo recital of 1994 was at, Hadlow Down, East Sussex.

Mathew was both working and a student of Reading University, graduating with a B.A. (Ed) Honours degree in Music and Education in 2002.

Matthews’s reputation has become international; he has performed in mainland Europe, U.S.A., and Canada.  The rest of his time is devoted to teaching and performing across the U.K

1994 to 2004 he was Resident Pianist at Sopwell House, St. Albans, where he played as a solo jazz pianist.

2000 to 2003 he was Resident Musician at Ashorne Hall, Warwick, where he played the Compton and Wurlitzer Theatre Organs, Piano and Yamaha HX-1, as part of the “Mighty Cinema Organ Show”

Matthew held residencies as a pianist and piano-vocalist at variety of venues over a period of six years in Oxfordshire, Northamptonshire, concluding with The Savoy, Rubens and Connaught Hotels in London

In 2005, Matthew produced the “One-Man Musical Variety Shows”.  These shows were performed on a Roland AT350c Organ, Yamaha P105 Piano, Weiltmeister Accordion and Vocals.  The shows continue to travel around the U.K. for both private and public audiences.

In May 2014, Matthew became the concert artiste and demonstrator for Allen Organs U.K. He launched the new Q315T organ at the Blackpool Organ and Keyboard Festival.

In September 2015, Matthew joined a team of organists at ‘The Scarborough Fair Collection’; there he entertains visitors to the museum collection on the Mighty Wurlitzer organ.

Beside his organ music, Matthew is pianist in the jazz quartet “JazzEssence” and jazz band “Lula Jazz”.  He is also Organist of St. Andrew’s Anglican Church, Wellingborough.